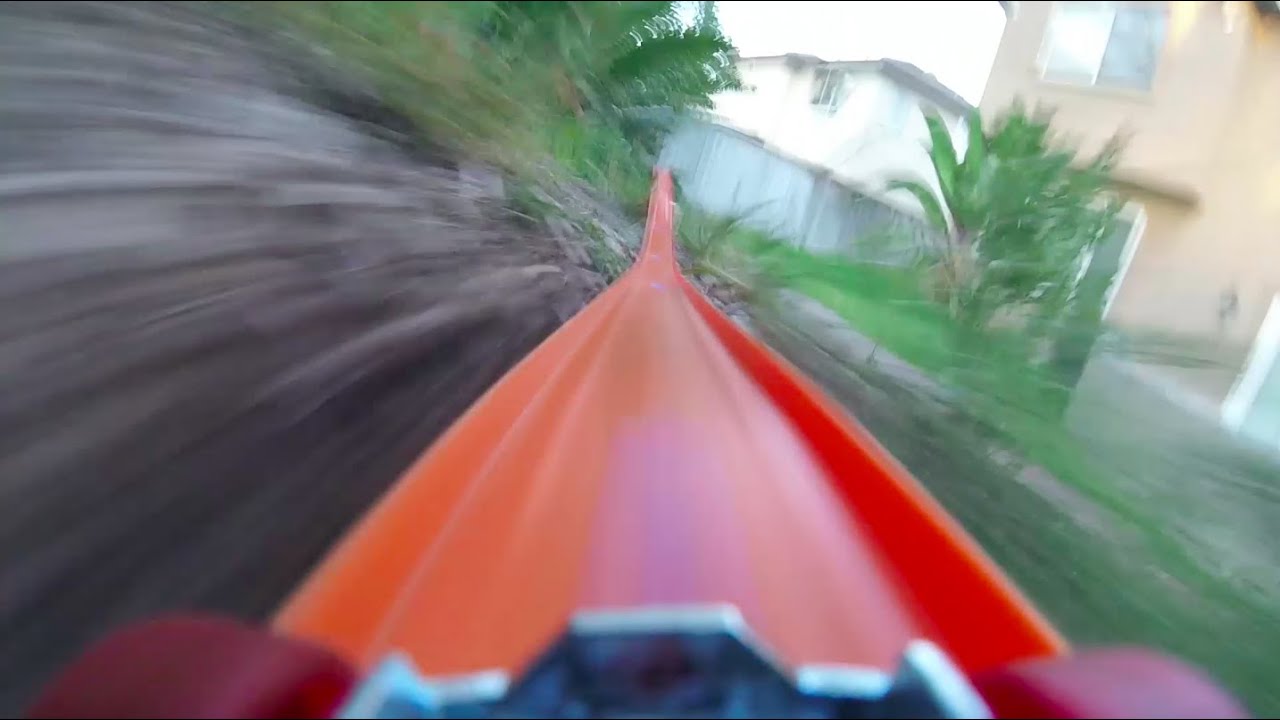 Ride along on the Hot Wheels car as it travels through 8 different track sections all connected by teleporting tunnels. From the backyard to the big hill to the pool and back, this track’s got it all.

Each section worked on its own from tunnel to tunnel. The cart is powered entirely by gravity at all times.

The cart worked reasonably well underwater and only fell off the pool track a few times. The main problem with the pool track was keeping the track connected and in place. A rock was attached to the end of the track in order to weigh it down.

In total about 200 feet of track was used, nearly all of which is present in the 4th section. Filmed with a GoPro Hero4 Session mounted on a modified 2014 Pharadox car. Filmed in California and Colorado.

Music “Jog” by EMCEE. Made on iPhone with the Auxy app. The song is only available in this video but check out his other work here

Credits Music “Overlook Preview” by EMCEE. Check out his other work

Camera car modified by Cameron Boyce and Jesse Velez. Find more of their work at their Facebook page or their YouTube channel

Official Selection of the 2016 5Point Film Festival in Bellingham, WA.