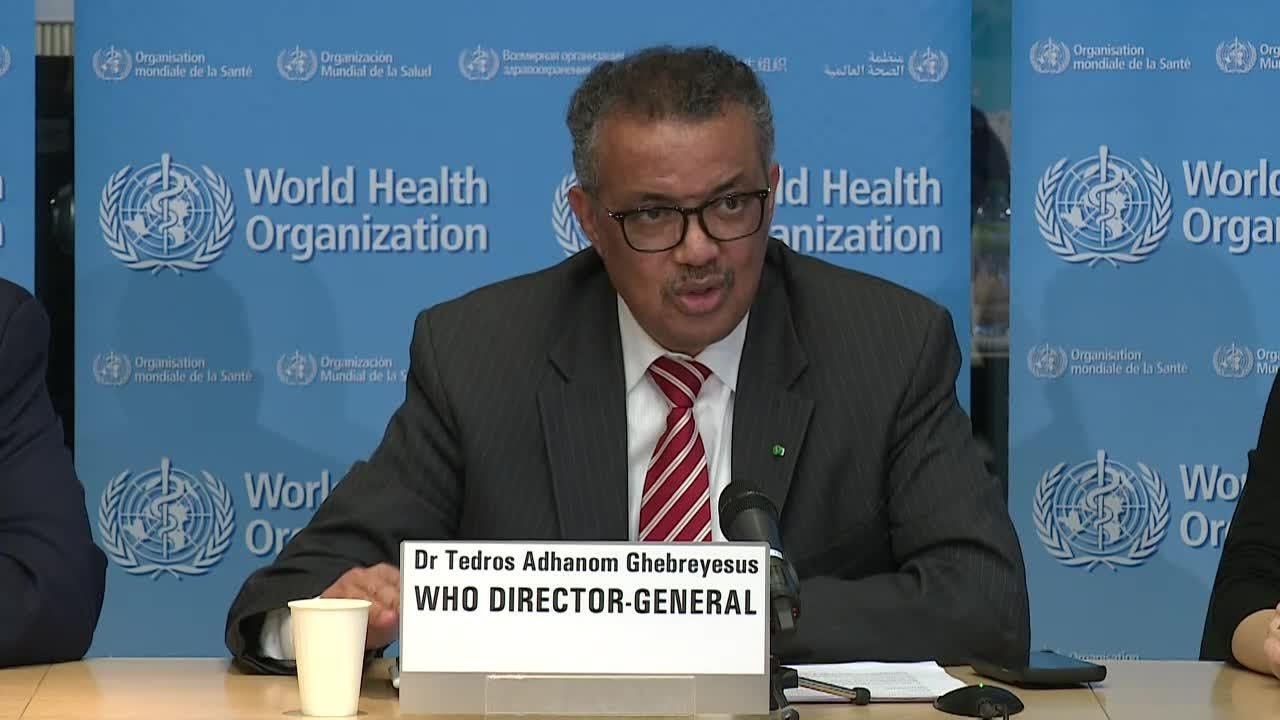 The head of the World Health Organization Tedros Ghebreyesus said his organization has made the assessment that COVID-19 “can be characterized as a pandemic.”

Speaking to reporters in Geneva today (11 Mar), Dr. Tedros said the number of cases of COVID-19 outside China has increased 13-fold, and the number of affected countries has tripled in the past two weeks.

He said there were now more than 118,000 cases in 114 countries, and 4,291 people have lost their lives, as thousands more fight for their lives in hospitals. He expected the number of cases, deaths, and affected countries to climb even higher in the days and weeks ahead.

He warned however that the word pandemic “is not a word to use lightly or carelessly. It is a word that, if misused, can cause unreasonable fear, or unjustified acceptance that the fight is over, leading to unnecessary suffering and death.”

Tedros said this was the “first pandemic caused by a coronavirus,” but added that it was also the first pandemic that “can be controlled.”

Tedros said describing the situation as a pandemic does not change what WHO is doing, and what countries should do. He said WHO has been in full response mode since it was notified of the first cases and called on countries to take urgent and aggressive action.

The WHO chief said, of the 118,000 cases reported globally in 114 countries, more than 90 percent of cases are in just four countries, and two of those – China and the Republic of Korea – have significantly declining epidemics. He added that 81 countries have not reported any cases, and 57 countries have reported ten cases or less.

SOUNDBITE (English) Tedros Adhanom Ghebreyesus, Director-General, World Health Organization (WHO):
“We cannot say this loudly enough, or clearly enough, or often enough: all countries can still change the course of this pandemic. If countries detect, test, treat, isolate, trace, and mobilize their people in the response, those with a handful of cases can prevent those cases becoming clusters, and those clusters becoming community transmission. Even those countries with community transmission or larger clusters can turn the tide on this virus.”

Tedros said several countries have demonstrated that this virus can be suppressed and controlled, adding that the challenge for many countries who are now dealing with large clusters or community transmission is not whether they can do the same, it’s whether they will.

Tedros reminded that countries must take a whole-of-government, whole-of-society approach, built around a comprehensive strategy to prevent infections, save lives and minimize impact.

SOUNDBITE (English) Tedros Adhanom Ghebreyesus, Director-General, World Health Organization (WHO):
“First, prepare and be ready. Second, detect, protect and treat. Third, reduce transmission. Fourth, innovate and learn. I remind all countries that we are calling on you to activate and scale up your emergency response mechanisms; Communicate with your people about the risks and how they can protect themselves – this is everybody’s business; Find, isolate, test and treat every case and trace every contact; Ready your hospitals; Protect and train your health workers; And let’s all look out for each other, because we need each other.”

The WHO Director-General said there has been so much attention on one word, but listed other words that matter much more, and that are much more actionable: Prevention; Preparedness; Public health; Political leadership; and most of all, people.

Tedros said we are in this together, to do the right things with calm and protect the citizens of the world, which he said is doable.

CRASH LANDING ON YOU ! HYUN BIN AND SON YE JIN ..THIS HOW LOOKS PEOPLE GOING CRAZY FOR THEM